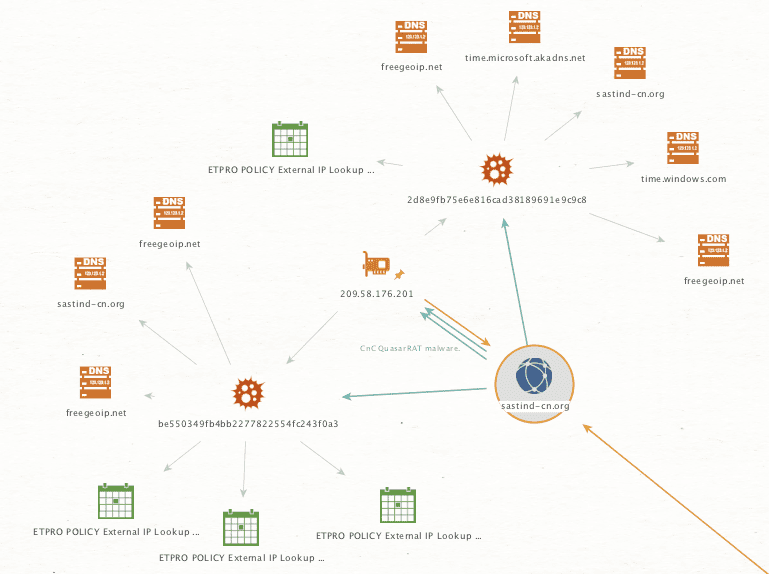 Yesterday, Matthew Meltzer, Sean Koessel, and Steven Adair @ Volexity released an excellent write-up on the Indian APT group known as Dropping Elephant.   The Volexity article detailed attacks against US think tanks, IOC’s, and network based indicators.  We have looked into the spear phishing attack with the access we have in ProofPoint via our MalNet project to provide any other visibility or insight into the work Volexity had already documented.

Here is what was Found.

Network traffic related to this sample was limited, but it should have triggered on the ETPro signature “ETPRO POLICY External IP Lookup Domain (freegeiop .net in DNS lookup)” while attempting to also lookup freegeoip.net (this is somewhat benign in the sea of IDS alerts, but if you are looking for indicators in your logged DNS requests this may be helpful.)

CnC Delphi RAT malware related to ebeijingcn.live had first been seen on or around 3/8/18, with what looks to have been 3 different campaign versions that we could observe. 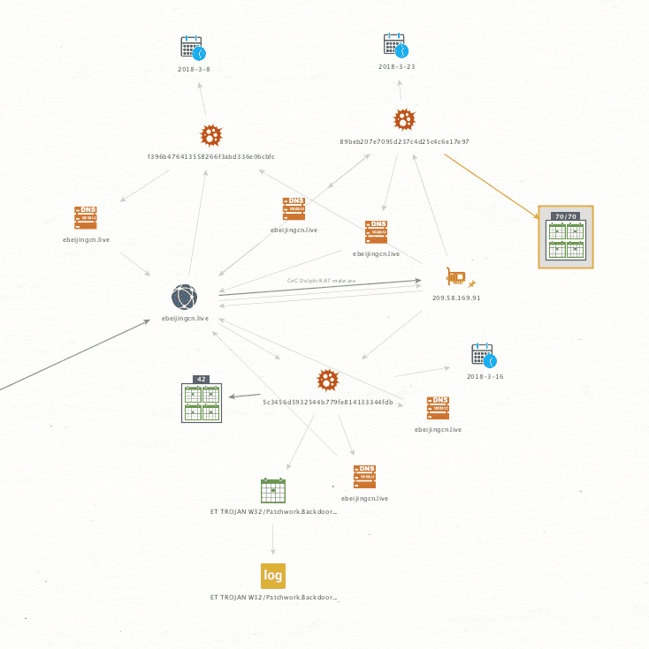 Looking at historical IDS signatures listed above or recursive DNS logs may help find if you had been compromised by some of these actors.

Please email us if you would like the full Maltego file.

Daniel is a member of the Odonata Holdings, Inc.
← ShadowDragon Significantly Enhances its Visibility and Forensic Capture Capabilities for Open and Closed Source Threat Intelligence Understanding Link Analysis and Using it in Investigations →